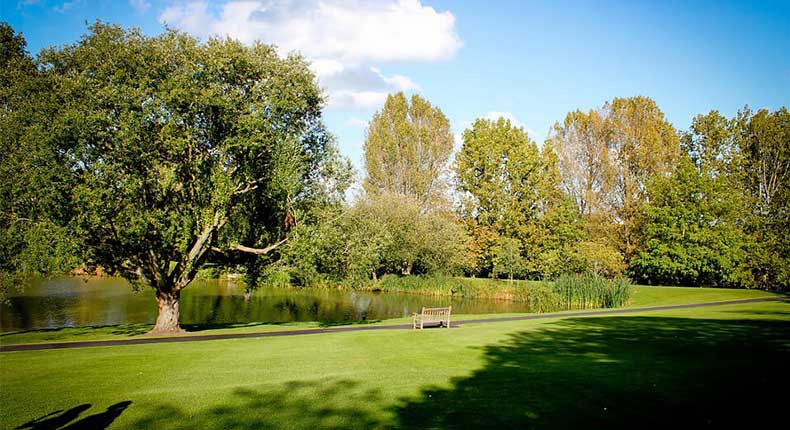 Surrey is a 320 sq. km city situated in the province of British Colombia in Canada. It is a member municipality of the Metro Vancouver, which is the governing council of the Vancouver Regional District. After the Vancouver, Surrey is the province’s 2nd largest city population wise, with about 468,251 persons as at 2011.

The city comprises of six centers namely; Guildford, South Surrey, Cloverdale, Whalley or City Center, and Newton. History of the city dates back to 1897, when it was incorporated as one of the country’s cities. The city has also been associated with settler who arrived in Cloverdale and sections of South Surrey in 1937. Upon arrival, these settlers set up stores and farms in the area. A section of the city, the Whalley’s corner, was used as a cemetery by the Kwantlen Nation.

In 2006 the Surrey city had the following racial make up; South Asian (31%), Chinese (6%), Filipino (6%), with the minority groups like the Latin Americans, Arabs, Japanese and the Blacks.  Approximately 35% of the Surrey City’s land has been set aside for agricultural production and the climate of the area is typically rainy, wet winters with heavy rainfalls.  Christianity is the the predominant religion of the the city with a number of churches all over the city. However, other religions such as Hinduism and Islam is also present in the area.

The Surrey Museum is open for you to visit. It has a collection of unique artifacts and images that has been put in a stunning modern view. Traveling to Surrey Museum is one of the most adventurous thing to do while in the city as you will have a chance to learn a lot about the city as well as getting entertained at the 42 seat theatre. The museum is open from Monday to Saturday with admission ranging between 0-5 dollars depending on the age.

The farm features a beautiful farm house that has been in existence for the past one and a half century. Regular events in the farm include wood stove cooking, games and heritage crafts.

It is located at the border of Canada and United States and has a number of unique ancient provincial parks. It’s unique due to its eye-catching lawns and it carries historical attachment as it commemorates the long celebrated peace between the two nations. It provides indoor and outdoor picnic activities.

Take a relaxing walk along the Crescent Beach and you will be astonished with its serenity and tranquility. It has a swimming area with warm water. You will find a number of charming restaurants along the beach.

This is the best place to observe a diverse range of wildlife. It has three viewing towers for you who might be longing to visit the park.

Visit the Surrey Arts and have a look at arts that were made since 1975 as well as traveling shows and other works. It also provides a chance to learn more about art using the current medias such as computers and the likes.

Open on daily basis and offers adventure and fun for the entire family. A must see for most if not all tourists visiting the park is the steam engine which normally takes the travelers through tunnels and forests.

Situated at King George Highway and deals in a number of delicacies of its own uniqueness. The staff are very receptive and has also a pub (Forest Pub)

For delicious pizzas and other food products, visit the Round Table Pizza that is situated at 120 Street and you will leave fully satisfied.

While along 168 Street of the Surrey City, this is the eatery to visit for a range of delicious meals and beverages.

This is a group of eateries that is located along the 56 Street and offers a range of delicious meals. It’s quite affordable and has a conducive eating atmosphere.

This is a group of halls which offers a range of services such as eat in, take away or packaged food and beverages as well as sales of sweets. It is situated along 128 Street.

Best known for delicious steak and lobster as well as other foods. This is the store to go for while along the 176 Street of the city.

Where to Go Shopping

This is the largest selection of Indian shopping in the entire British Columbia. “The Little India” lies on 120 Street in between other streets and avenues. For beautifully tailored saris, Indian jewelery, Indian DVD’s, restaurants and shops, visit the Punjabi Market.

Located in Cloverdale and is well-known as a major point for buying of honey, candles, royal jelly and other cosmetics. It also offer a chance to learn more about bee keeping.

This is the BC’s second largest mall and includes several stalls dealing in a variety of products and services. You will get accessories, cosmetics and other fashonwares of your choice upon visiting the mall. It also has a movie theatre for the outgoing movie-lovers and a park for children.

This center is just 35 minutes drive from Vancouver on a train or a car. It is a 25-storey glass tower with a specially designed inner atrium. It has featured in a number of movies such as Smallville, and Robot. Shop for electronics, jewelery, clothing and many more at the Central City Shopping Centre.

This shopping center is situated along 152 Street and has more than fifty boutiques that feature electronics, women’s and men’s fashions, shoes and many more products. It also has over ten food outlets and restaurants.

Was created for those who have a taste of live bands and dancing to techno.

Visit one of these friendly group of pubs and you will have a chance to socialize as well as playing pool.

Visit the Ocean Beach Lounge along Marine Drive and you will enjoy Top 40 Dance Club for the younger generation.

traveling to Surrey from all over the world can be made majorly via air transport. While in Surrey BC, there are a number of transport options which can help you reach your destination safely. For instance, there are a number of railway running all over the city to supplement on other options such as public transport (operated by Trans Link), the Sky Train Expo Line and airports such as Vancouver, Abbotsford and Bellingham international airports. So while visiting Surrey BC, don’t worry about the transport because you will be spoil for choice and variety.