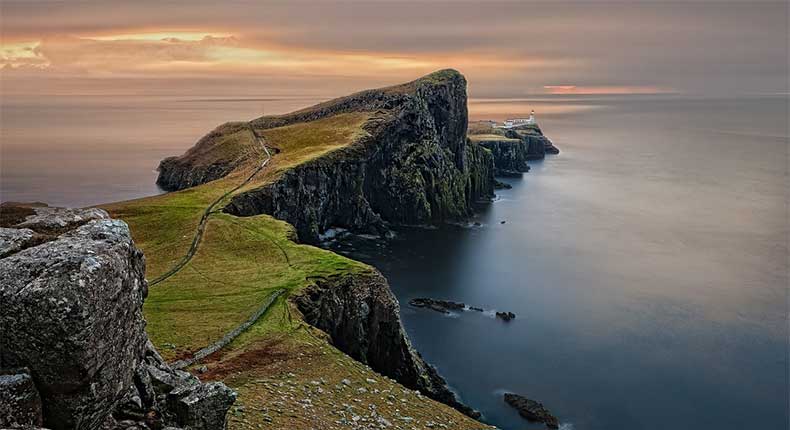 If you still have no idea on the best destination for your next holiday, then traveling to Scotland is the best alternative. Not only because Scotland is rich of amusement place and natural beauty venues, but it is also easy to reach and the country is very convenient and clean. Massive options of travel resorts are available and there is no way to resist traveling in this beautiful country. The first thing that everyone wants to see in Scotland is its historical venues. As the country is rich of past epics and struggles, it will be very much interesting if you explore several battle cities in this area. Check out Bannockburn which becomes the silent witness of the First War of Independence in which the country was fighting against its closest neighbor, England.

Exploring standing stones, stone circles, or historic houses and castles along with burial chambers will be very exciting as some of those historical venues has made Scotland as one of five countries which belong to UNESCO World Heritage Sites. Some old sites were even dated back for more than five thousand years ago and they remain as the most visited destinations. They include:

Neolithic Heart of Orkney four monuments, central Scotland’s Antonine Wall, New Lanark’s village with its famous cotton or St. Kilda’s, an ancient place in which its excellent culture has lost due to the expansive globalization.

Just like other countries, the capital city of every country always offer cosmopolitan lifestyle with vibrant nightlife. The same thing applies to Edinburgh in which this city becomes the first destination after arriving at the airport.

When to Visit Scotland

The main season that many tourists enjoy visiting this city is from April to late October though the local government of Edinburgh has been increasing the visit to this city for this winter. This is why there is Edinburgh Tourism Showcase this week (Thu, Sept 5 2013) which attended by up to sixty exhibitors in which each of those art venues will promote their programs like pantomimes for Christmas, War Horse and The Lion King. The special purpose of this event is for visitors who still wonder what else to explore at Edinburgh, besides visiting vibrant shopping districts, great historical places and so forth. Besides, there were still less visits during winter in Edinburgh in which many people really doubt that they can enjoy winter in the country.

Where to Eat and Stay in Scotland

It is not difficult in finding fancy restaurants and hotels in this city. There are boutique hotels which spread out throughout the city and there are also lower priced ones for those who are limited in budget. The Chester Residence Hotel is among one of 147 hotels in the city. Everything is perfect as it has good location, lavish amenities on each room with perfect fittings and furnishings. The rates are not surprising as they are considered high as they come up with the service and high quality of facilities. Other hotels include Hotel Ceilidh-Donia, The Balmoral Hotel, and many more.

The choices of restaurants are also varied as everyone can choose various specialized menus.

Castle Terrace or Dubh Prais; are strongly recommended for the real taste of Scottish cuisines.

However, everyone will be amazed that the best restaurant which is mostly recommended is serving Indian cuisine, such as:

Kismot at Leonard Street; never loses its charm when it comes to Indian or Bangladesh cuisine.

Stockbridge Restaurant at Stephen Street or Water of Leith Cafe Bistro at Coburg St; are among the most favorite ones for French or other European foods.

Festivals and Events in Scotland

Festivals and events are endless at Edinburgh as every visitor will not run out of any activity in this city. Festivals, yearly events and games are among the main attractions of all tourists. Summer in Edinburgh is merrier with one of the most famous events in the world, Highland games. This event stands out for its excellent mix of entertainment, sports and culture. Those who want to know more about Scottish cultures should visit this event as they can witness conventional athletics such as caber tossing, tug-o-war, field and track competitions, piping Highland dance competitions and many more. Everyone can participate on this joyful event. Highland games take place on several village and small towns throughout Edinburgh and several cities.

Though this is not the capital city of Scotland, this is the biggest city which is more famous than Edinburgh. It has world-class attraction places which range from historical places, sports stadium, galleries and exhibition centers, excellent nightlife, giant shopping districts and definitely restaurants, bars and cafés. Everyone who visits Glasgow will be impressed with the fascinating building structures that have strong Victorian touch. There is a strong art scene in every corner of the city which has been awarded as one of the UK’s city with the best design and architecture.

What Can We Explore from Glasgow?

As a more vibrant city as compared to Edinburgh, there are more to explore in this fascinating city. Live music performances, amusement city parks, festivals and events are only to name a few from hundreds of entertainment scenes. At this moment, this city is preparing XX Commonwealth Games which will be held in 2014. Tickets are available at this moment and everyone can witness the great game events in this sports centered city.

Visitors will never have any shortage of restaurants in various cuisines and they can just enjoy the best ones which can meet their budgets. For those who want to enjoy total luxury on their culinary adventures including
Malaga Tapas at St. Andrews Rd. Serving Spanish cuisines, this restaurant is always flocked so everyone should make early reservation.

Finding hotels in Glasgow is as easy as a pie as hundreds of hotels always provide the best amenities, even if they only charge for reasonable rates. Here are several wonderful places to stay:

Make sure to browse for further information of hotels, restaurants and other amusing places for traveling to Scotland before deciding which places to explore.