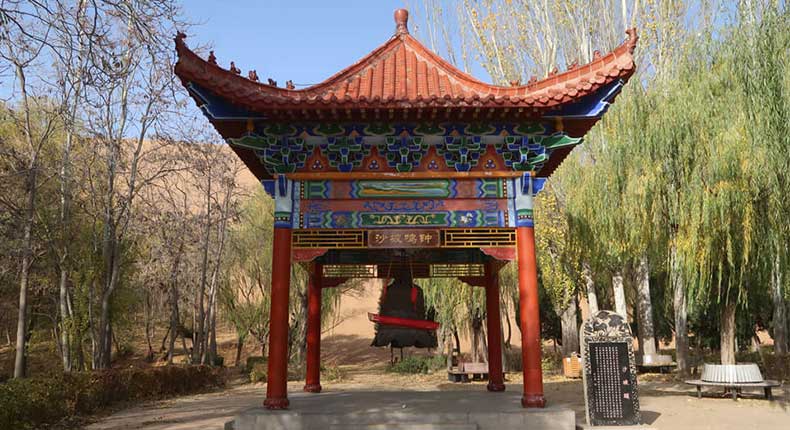 The daily vicissitudes of life make it necessary to take holiday vacations in a serene and exciting environment. Indeed, touring makes people feel refreshed and rejuvenated. The People’s Republic of China is one of the most frequented tourist destinations in the world. A case in point, people from all walks of life visit Ningxia Hui Autonomous Region located on the North western side of China to have a firsthand experience of its unique tourist attractions, luxurious hotels and restaurants, well established shopping centers and exciting areas to have fun. This region covers an area of 66400 km2. Its total population at 2010 was 6301350 people with an ethnic composition of Han (64%), Hui (34%) and Manchu (0.4%). Just like any other area in China, there is no official drinking age in Ningxia. Moreover, the nature of toilets vary considerably, though the squat toilets are the most dominant, followed by western style toilets.

Ningxia is the home to many awesome tourist attractions that give an inkling that nature is holding a beauty contest. They fill tourists with pleasure and satisfaction as if the heavenly angels have already shown them the direct way to paradise. Of the many attractions, the following deserved a standing ovation:

Ningxia mainly features desert climate. That is why the sand lake scenic resort is an important attraction for tourists, since it is the place to see sand dunes alongside other attractions like a variety of bird species and fish. The presence of a lake is the icing on the cake, as it completes the eco-system.

Ningxia museum is the place to take a sneak peak of the Hui culture. It contains a collection of about 40000historical relics that give an indication of the ancient Hui culture among other cultures. Its location at the Peoples square of Jinfeng District in Yinchuan city makes it easily accessible by bus from Yinchuan downtown.

These carvings remind the Chinese people of the ancient Chinese nomads. The carvings display astronomy, geography and themes related to human activities. This site is a recognized world cultural heritage site.

For the lovers of nature, Suyukou forest reserve is the place to be. This forest reserve draws tourists to it like moths to flames due to the diversity of its attractions, including the meandering footpaths, the Dasi canyon, mushroom-shaped rocks and the twin waterfalls. The Stone Descended from Heaven is a beauty to behold not to mention the fossilized plants, the sky in a slip and the Baiyu Vale.

Buddhists believe that there are 108 problems in people’s lives that are sandwiched between instances of joy that are few and far between. This how these pagodas got their name and it is believed that those who visit these site experience several instances of luck in their lives. These pagodas are arranged in a manner that forms an equilateral triangle, with the each of the pagodas having a pedestal, the body and ornamentation. Many tourists flock in this site in order to alleviate the miseries in their lives.

Once a tourist is done with exploring the amazing tourist attractions, the need to dine and rest is taken care of by the tourist hotels and restaurants. There are tourist hotels in most of the cities of Ningxia, including Yinchuan, Shizuishan, Wuzhong, Guyuan and Zhongwei. Here are a few of the hotels:

This is one of the best hotels in Ningxia in terms of sleep quality, location, rooms, service, value, cleanliness and prices among other factors. It mainly serves both Chinese and western foods, though other cuisine types are also offered.

This hotel features several tourist amenities that introduce tourists to passion of the most profound kind. Its swimming is perhaps the best example in this case. Its good quality food coupled with friendly staff also deserves honorable mention, and its prices do not break the wallet.

This is an international luxury hotel that houses a myriad of recreational facilities for tourists. It is just a stone’s throw from the Yinchuan Hedong Airport. Cleanliness is next to godliness in this hotel, and amenities, staff and reasonable pricing conspire to add flavor to a great touring experience.

Ningxia Yuehai Hotel is one of the kid-friendly hotels in Ningxia. It features a car park, elevator, laundry services, room services, shops, massage parlors, bars and coffee shops. The list is long. Most of its facilities are open around the clock and their pricing is reasonable.

This hotel features the Spanish style architecture and it is easily accessible from the Yinchuan Hedong Airport or the Pingluo railway station. It features a Chinese restaurant and a western restaurant among other amenities and services. Its rooms are fitted with bathtubs with hot water among other luxurious amenities. It also has a domestic direct dial.

This hotel is very suitable for Hui Muslims. It is the place to go for Chicken from Zhongning, bitter greens and Ningxia wines. Meat of the lambs from Tanyang cannot go unmentioned. Other foods are also served by friendly staff, alongside several other services.

Just like any other tourist destination, you cannot visit Ningxia and fail to buy some souvenirs, especially liquorice, Helan stone, Barbary wolf berry fruit, Sheep skin and facai. For this and more, and can do shopping at the following areas.

This shopping center is located on 132 East Xinhua St. Yinchuan. One can talk to a customer care representative on the number 86-951-6012942.

It’s located on the east Nanxun St. Yinchuan. It is the place to buy sunflowers, Chinese dates and fork porcelain, among other goods and services.

Its location on 141 Jienfang West Street in Xingqing district in Yinchuan makes it accessible to most fashionstas and lovers of shopping.

The address for Cultural Relic main store is no. 60, Wenhua Dongjie while that for Hualian shopping mall is no. 53, Gulou Nanjie, Xingqing district.

This is one of the largest supermarkets in Ningxia. It stocks a wide variety of household and commercial goods. Its address is number 12, Xinhua Dongjie, Xingqing district.

Entertainment is the hallmark touring activity for most tourists. To this end, there is a myriad of bars and clubs that encapsulate the amalgamation of emotions, food and music that is characterizes promenading and nightlife. The most popular bars and clubs include Zuimei bar, Ying Huang KTV, Qianxi International club, Lake Street, King Dyive Luck 18 slow rock bar, True love KTV and Bliss Bar 1970 bar.

The purple decoration of this bar beckons people to itself, making it suitable for nightlife and night parties. Its facilities do not cost an arm or a leg and it is open from 5pm to 2.00 am.

Ying Huang KTV is the home to gorgeous decoration, quality service and delicious food, accompanied with the latest music.

This club in Downtown Yinchuan is suitable for young people, as it features classic delicious coffee, western cuisine and live band performance.

For all nightlife activities, passion has its place at Lake Street. This street is lined with a collection of bars and club, each featuring a unique collection of nightlife services. For instance, there are clubs that offer soft and light music that soothes the minds of the listeners.

This bar features a live band performance accompanied with excellent dancing among other nightlife services.

With all these places in mind, getting in and around Ningxia is a walk in the park. This is because Ningxia area has an elaborate transport system involving airports and highways. The main airports include Yinchuan Hedong Airport, Zhongwei Shapotou airport, Guyuan Liupanshan Airport and Wuhai Airport. The China national Highway 109, 110, 211, 307, 309 and 312 also serves the area, and tourists mainly get around the cities and tourist attractions by buses and taxis. For instance, if one is going to the Ningxia museum, he or she can travel by buses with bus numbers 11, 41, 17, 101, 201 or 102 from downtown Yinchuan. On the other hand, bus number 16 from West Gate or 303 from South gate are suitable for those touring the Zheinbeipu west studio while bus numbers 1,2,3,19,11,0r 20 can take a tourist to the Nanguan Mosque. It is important to note that these details are as at present, and a visitor to Ningxia should confirm the destinations of any public transport vehicles at his or her disposal.