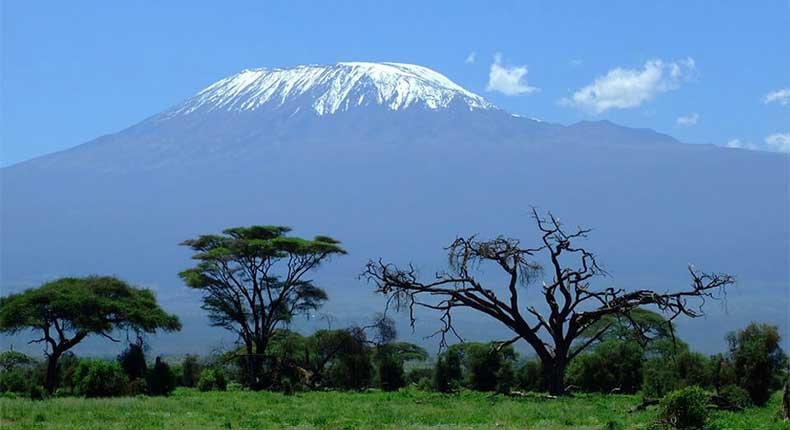 The equator cuts this country almost into two equal halves; the northern and the southern sections thus making it a country with no seasons whatsoever. There is neither summer nor winter or even any other season. The 42 tribes within refer to seasons as either rainy or dry and that is all. There are 42 tribal languages with Dholuo, Kamba, Kalenjin and Kikuyu being the most widely spoken after English and Kiswahili of which the former is the official language and the latter the national language. Sheng, which is a new language developed by the younger generation but now adopted by the older ones including leaders could be a big challenge to a visitor. The expectation would be communication in English or Swahili but this isn’t the case. It is a language without a structure and encompasses the local languages as well as English and Swahili. The population according to 2009 census was approximately 38 million though current estimates indicate about 43 million. Sanitation especially in cities is a bit good although the slum areas are lack even the most basic.
There are however so many attraction sites that a person may never really exhaust in quite a long time. Kenyans are very hospitable as well with excellent facilities.

Nairobi is the capital city of Kenya. Amazingly, it has a national park to make it unique as the only capital city in the world to have one. This simply tells you that you can have the convenience of watching game and getting back to your hotel within just a few minutes. There are animals such as baboons and monkeys (some of which have already learnt how to steal edibles from visitors’ vehicles), giraffes and zebras among others. There are game wardens and tour guides to help you and just in case you would like to make contact in advance here is the contact: Phone number: +254 20 2423423.

It is a site where there are pre-historic caves, waterfalls and a dam well set with boat riding facilities. This is a place that also offers camping facilities. Bird watching is also available. It is only a twenty minutes drive northwards from Nairobi through Thika superhighway.

It is located along Tom Mboya avenue in Nairobi city within the Central Business Districts. It is a one place tale for a grasp of Kenya’s history by way of artifacts. From colonial to precolonial materials you will find everything here. It is a national treasure and is used for preservation of the country’s cultural heritage.

This is a Game reserve that is a bit far from Nairobi city although it is still manageable by vehicle. It would take a good driver just under three hours from Nairobi. There are however interior flights from Wilson airport to that place. The reason for my bet on it is that it is the home place to the ‘eighth wonder of the world’, the migration of the wild beasts from Serengeti to Maasai Mara between July and September across the overflowing Mara river amidst jaws of thousands of crocodiles. The Maasai people too are a people to behold. They still wear their brightly coloured traditional ‘shukas’ and their self made ‘akala’ shoes that take decades to wear or tear.

You won’t have had enough of Kenya until you see the exciting world famous Rift valley within whose floor exist the world beating middle and long distance athletes. This Geographical phenomena excites even more in that there are no charges to watch. Indeed, until you drive through the escarpment you may not realise that you are within it especially when you are deep into its interior. Within its floor there are ,major towns such as Naivasha and Nakuru.

It is another phenomenon that makes Kenya unique by the virtue of being snow capped and yet it is right at the equator. You can do some mountain climbing from high. It is a bit far from Nairobi and the drive to Mt. Kenya may take you around five hours.

It is situated at a very accessible place some kilometers to the north of the city center close to Kasarani sports center. There are great meals made from both local and foreign recipes to meet the varying needs of the different backgrounds of the visitors that frequent the place.

Most African safaris begin from this legendary luxurious hotel that is now more than a century old. Situated within the city center, the Norfolk is a first choice for every visitor who is new in town and doesn’t have to travel more in search of a dining place. The current phone contacts are +254 (0) 20 2265555.

It is situated within the heart of the capital city at the Kenyatta avenue and Muindi Mbingu avenue’s junction . With sound proof windows, you can be assured of freedom from the town buzz as you enjoy delicious meals specially prepared according to the customer specifications.

Established in 1902 and known for its long time tradition of hosting world leaders, you can expect great foods though it is relatively expensive given the class of its frequent visitors. The quality of its services is unbeatable.

It is located in a serene environment away from the busy city life; approximately 20 kilometers from the center of the city. Most foods are common to the locals although any other foods are available upon ordering. It also has accommodation services and a swimming pool to relax just like majority of the other five star hotels in Nairobi.

With a 4.4 star rating you can bet of a bargain for the best meals coupled with excellent services. It is easily accessible from the city center via Thika superhighway.

There are numerous supermarkets dealing in foodstuff and a lot of household goods here. Besides you will find electronic shops, boutiques and children’s collections from the mall. There is a very ample parking space. Its situated just past Kasarani Sports Center along Thika Superhighway.

This one if found off Argwins Kodhek Road. It is an ‘all under one roof’ shopping mall with excellent parking space and 24 hour security. It has a restaurants, groceries and supermarkets within.

It is located at Embakasi close to the Jomo Kenyatta International airport. There are banking halls besides a restaurant and supermarkets. The parking is not so spacious and you might be necessitate to find an alternative parking space just in case you find the one available already filled up.

It is found to the in Nairobi west and is frequented by the well-to-do and thus its prices are a bit inflated. The services offered are however excellent with almost every (though not limited to) consumer good found under its roof.

It is located a few kilometers from Taj Shopping Mall. It is smaller in size compared to Taj Shopping Mall and a little bit far from the airport though it is closer to the city center. It also offers a variety of household goods.

It is often referred to as a city within a city. From here you can eat, drink, shop, watch cinemas in 3D and still be lost for more options. It is among the biggest shopping malls in the city.

It is the perfect combination of a village and the city life. It fuses elegance, functionality and technology to suit anyone’s needs. From here you can dine and wine at the Tribe Hotel and even book Kenya airways tickets.

It is known for hosting international artistes and as a place where a local comedy called ‘Churchill live’ is shot. Without a plan anybody can be enticed and entertained to the point of forgetting the next move. It is just close to Nairobi national park with its own extensive private garden for any event.

For a long time it has offered Carnivore great competition. It still has that touch of fighting for its space and that makes it always provide the best of drinks and accommodation all the time.

This place with endless drinks combines the elegance of Spanish traditional Tapas with continental and African cuisine and keeps you entertained by the top DJs in the country. It opens between 4pm and 12am during weekdays and between 4pm and 3am on weekends.

It is situated on the third floor of Mbagathi/Langata Roundabout. It has sports bar, a restaurant and a BBQ area.
When tired of the inner environment you can relax at the expansive balcony.

Found along Kimathi street, this club is for those that are diplomatic and avoid the fast paced aspect of the other clubs characterized by loud music. This is a club for the ones who may be considered ‘decent’ in party life.

Located along Thika road past Thika Road Shopping Mall, this club is moderate in its rates. Its biggest advantage is being situated just close to a busy superhighway which makes it a convenient place for stop overs or even sleep overs if need be while enjoying your favorite channel on DSTV.

Transportation in Nairobi and the rest of Kenya is quite easy except for the interiors that might be really disturbing to even get means of transport. In the city and towns there are public service vehicles that ply different routes that are named in numbers. The conductors are reasonable in explaining to anybody the way around just in case one gets lost. There are also taxicabs throughout the cities with drivers that are very good ta their trade. There are also motorbikes that ply the routes that are impassable by vehicles. At least majority of these are good in spoken English so communication isn’t a big bother.