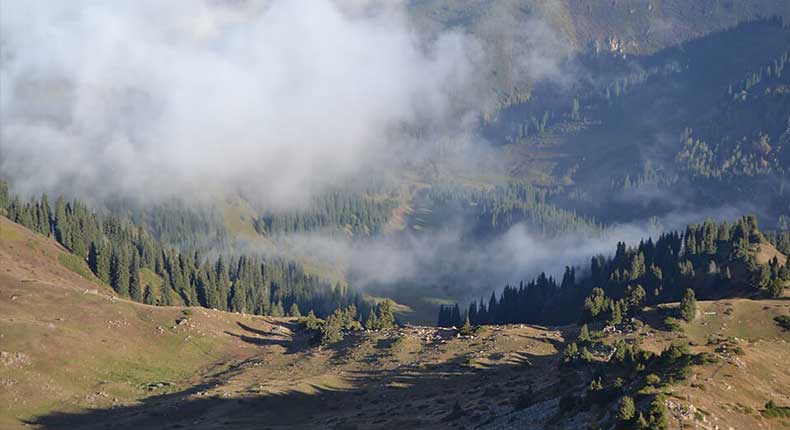 Kazakhstan or the Republic of Kazakhstan is a country located in central Asia within the borders of countries like Russia, Uzbekistan, Turkmenistan and Kyrgyzstan. By size, it is the ninth largest country in the world and double the size of other central Asian states combined. It doesn’t offer the important historical sites, but people find it captivating for the mystery and emptiness of this state. For most of the people, it is the first spot they choose for their vacation whenever they wish to travel central Asia due to its vast varieties of things this country offers.

The country has a lot to offer for tourists. From great cities to incredible monuments, with the best restaurants, hotels and sports along with the nightlife that cannot be outdone by any other country. However, before planning a vacation in Kazakhstan, you first need to know the cities, places and the handouts you will be going to do there. Also, you need to register your visa five days earlier before entering the country if your border card only has a single stamp. Another thing to know is that you must register every destination you are going to go if you are going to stay there for over 3 days. Now let’s take a look at the cities and places where you can visit for a vacation.

It is the capital of Kazakhstan since 1998 and is the second largest city. The best thing about this city is that you only need few days to visit every recommended sightseeing destination. It is a brand new city which is being developed at rapid speed. If you wish to see this city, then you better do it now as the old city is beginning to disappear.

This is the oil capital of Kazakhstan, where large offshore Kashagan and onshore Tengiz oil fields are situated.

If you like history about mining, then this industrial city is a place worth visiting, which is located between Almaty and Astana.

It is the former capital and largest city of Kazakhstan. This city is a must see place for any tourists coming to the country due to its soviet style structure and mountain places.

The city which is located in the north of the country and used by the military for the production of tanks until 1992; consist of an expensive mosque and other memorials and orthodox churches.

The third largest and most crowded city in Kazakhstan with a very old market near Tashkent and very elegant mountains.

Other cities include Turkestan, another ancient city with historical and cultural monuments and Ust-Kamenogorsk, a Russian mining city located in the Altai Mountains.

If you don’t like the domestic food, then you can also get food you like in the Ramstore, where you can not only buy different foods but also do your shopping. There are many western style malls are also available that would make you feel at home.

It is considered as the most popular meal spot in Almaty. The place is surrounded by many cafes that serve shish kebab and other things alike.

A traditional and classic restaurant that not only offers the best food, but also honors the feast and treated to a feast of fresh lamb.

Many people favorite restaurants because of the nice atmosphere, exciting programs and is less expensive.

Located high on Lennia prospect where you can enjoy candle light dinner with your loved one.

Ranked as one of the top restaurants in Almaty, it offers mouth-watering and fresh seafood. The fish items are the best food they offer.

As the name suggests, it really is a star when it comes to serving delicious food in Astana city.

Situated in the southeast of downtown Almaty, it is a telecommunication tower that was built by the soviets around 1980 and can be witnessed from anywhere in the city. It is one of the most visited places throughout the country.

A peaceful mountain located near the downtown Almaty. One side of the mountain is filled with greenery while the other is the view of the city.

Also known as Zelyony Bazaar, it is considered as the main market in the Almaty where fresh vegetables and fruits are available arranged in pyramid styles with different colors.

A church with gold starred onion domes with white wooden fretwork and turquoise blue walls that reflects the charm of the interior.

It is one of the largest shopping centers where you can find banks, restaurants, bars and many other significant places on every floor.

Another brilliant trade center in Almaty that is known for its huge area, beautiful and luxurious design and its ability to serve over 8000 people at a time. It offers bread, meat, fish, pastry, cold food and many other types of food.

Situated in Almaty, it is a well-known market with many stalls and shops that provide delicious apples, spices, cheese, meat, milk products, clothing, toys, etc.

It is the most famous department store in Almaty consisting several small boutiques, brand shops and souvenirs.

It is the first souvenir market in Kazakhstan that provide souvenirs with both traditional and modern touch.

If you are interested in fashion, then this place in Almaty is the ideal place for you. As one of the most unique stores in the country, here you can find a great range of fashionable clothing.