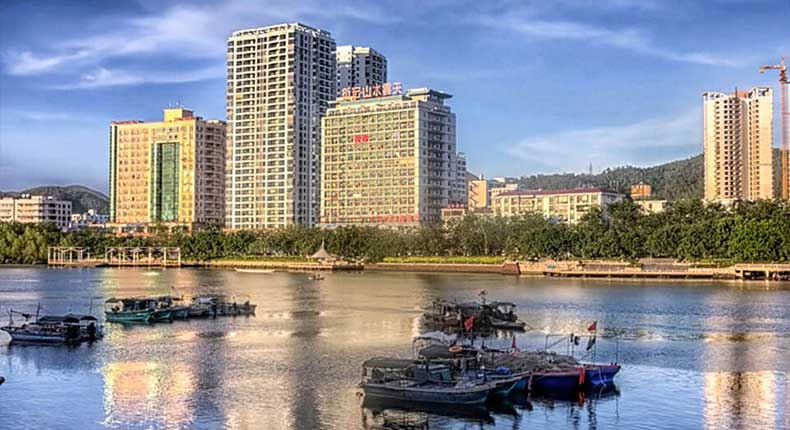 The Danzhou is a city that is located in the island province of China also known as “Hainan”. The city is known for its beauty and demographics. Tens of thousands of visitors from all over the world visit this city due to the fact that the panoramic view is too good and presents an awesome scene to the people and hence, there are several sites in the city that are worth visiting.

The information that could be important to the travelers is that the total population of the town is 932,362 and the postal code is 571700. The majority of the people living here are Han and their population is 857,342. According to the Census of 2010 the total population of the minorities in the region is 75,020. Another important fact is that the city is regarded as a county level and it is directly managed by the provincial government.

If the traveler is going to the city for the very first time then it is also requested to kindly visit the site www.danzhou.gov.cn to get a better view of the city and the culture. It is also to be noted that the site will also provide the information related to planning the trip.

This is a park that has been built in the year 1999 and it is known to the world for the springs of water that are to be visited by every tourist.

It is an expressway that has also been named as 205 state road and this is also an important tourist attraction due to the fact that it has been built really fine and in an awesome manner. It is located at a distance of 160 km from the main city of Haikou.

It is a low lying valley basin which is thought to be a lake thousands of years before. The locals also believe in the myths that the lake had crystal clear waters.

The Danzhou medical plantation is also available here to attract the visitors. The most important attraction of the place is the hot spring bath where bathing is absolutely free.

It is the southernmost part of the city of Danzhou and it is the most romantic place for the lovers. It is therefore advised to visit the place with your partner to get the most out of the place.

The restaurant is known for the traditional Chinese food including the rice which is prepared in a special way to attract the customers.

As the name suggests the restaurant is one of the most famous tourist spots that provide a great variety of Chinese, Thai and English food to choose from.

If you are fond of dog meat then you are at the right place as the rest house is known for the various recipes that are used to make dog meat.

The specialty of this hotel is the long slope rotten rice with the meat of your own choice. The major source of income of the hotel is the pub that provides entertainment to the locals as well as the outsiders.

The specialty of this hotel is the rocky dumplings that are famous all around the city for their taste and deliciousness.

This hotel is known for the food that can be eaten by all classes and people belonging to all religions. They are also regarded as the best white rice makers of the town.

As the name suggests it is one of the largest stores where you can buy jewelry for the friends and relatives at nominal prices.

It is one of the largest stores in the city of Danzhou which provides a huge collection of tides, tops and jackets.

One of the best providers of the suitcases and travel items in the region.

Provides a wide range of foot ware to the visitors and the locals.

The providers of decoration pieces and sofas of top notch quality.

Makers of the finest jewelry in town keeping in mind the lowest cost and customer experience.

Entertainment can also be enjoyed by the travelers and the tourists that are visiting the city of Danzhou. Following is a brief description of places in this regard:

If the traveler wants to enjoy the night life of the city of Danzhou then it is the perfect place. The pub of the hotel is well known to the people all around the city.

It is also regarded as one of the best hotels where one can enjoy night life with Great Spirit and zeal.

It is a pub located in the center of the city to enjoy the moments there.

It is a five star hotel located in the southwestern part of the city.

It is the only hotel with the pub and bar where one can find all the brands available.

Situated in Nada it is the one of the most expensive bars and pub of town.

The city has a well-established interconnected transportation system that is being maintained by the provincial government. The water harbors include the areas of Yangpu and Xinhao. The Guangzhou cross strait railway system is also to link the one corner of the city to the other. It is also to be noted that the local transportation is maintained by a group of buses that are linking the express ways and the city with its international airport. The strait railway is also a hub to the eastern traffic zone and a gateway to the South East Asia.