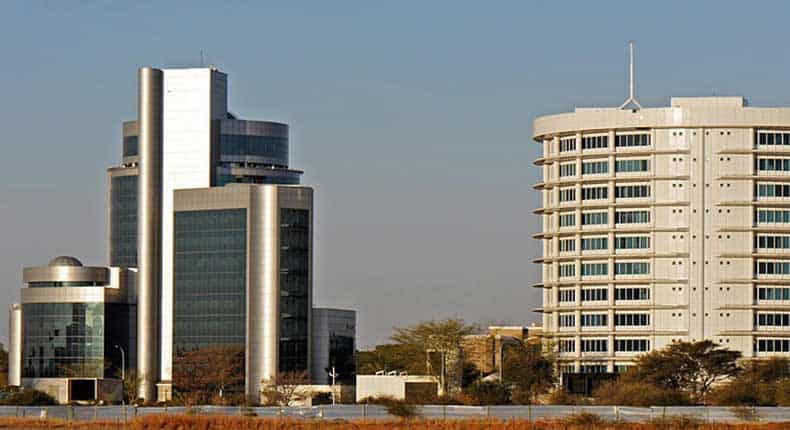 Gaborone is the capital and the largest city in Botswana and has a population of 231,626 according to the 2011 census and this about 10%of the Botswana population. The city is situated between the Kgale and Oodi hills, 15 kilometers from the South African border and on the Notwane River in the southeastern side of Botswana corner. In the city there is a Sir Seretse Khama International Airport that serves it. The city is known to have no tribal affiliations and being close to fresh water it was planned to be the capital city in 1960s.

Located in Botswana’s Okavango delta and it covers 4 distinct ecosystems. Throughout the year Savuti marsh happens to be the particular one that offers some of highest concentration of wildlife in Africa. The national park has about 120,000 elephants and you really have a great experience as you watch them from the water on a safari cruise which is very popular here especially at sundown.

At the center of Kalahari Desert the Okavango River cuts through creating a unique inland water system giving life to a huge variety of mammals and birds. For a unique safari destination Okavango is the best option as you watch wildlife from a mokoro(a traditional canoe). Each and every year the delta is known to flood covering an area of over 16,000km’s and during the flood peak is the best time when you can watch wildlife.

This is an outdoor art gallery that is known to be spiritual and showcases over 4,000 ancient San Busmen rock paintings. In the hills there are about 400 sites that depict hunting scenes, animals and dances. Some of the rocks that are there date back for more than 20,000years and there has been ascertained by the archeologists that people used to live in that area more than 100,000 years ago.

This is one of the beautiful safari destinations. The place has wonderful sand dunes, Baines baobabs, and salt pans which best when flooded as they offer the best opportunity to watch birds and wildlife. Ungulates are normally attracted by the short grass that has replaced the salt pans. The best time for you to visit is starting from December to April. The location of the National Park offers you a chance for easier visit to Chobe.

This is an area that is rich with wildlife and is located on the eastern side of Botswana bordering South Africa and Zimbabwe. It once used to be an area of private rooms and after some decades it was turned to be for wildlife for more economic sense. Several reserves have been encompassed in the Tuli block and these include Nothern Tuli Game Reserve and Mashatu Game Reserve. The place is beautiful and has several rivers, savannah, riverine forests and Baobab trees.

The best time to visit here is January to April when the salt pans, sand dunes of Kalahari and wildlife are in the park. The area covers about 38,000sq km. the park is new and encompasses two previous separate parks that is Kalahari Gemsbok National Park and Gemsbok National Park both from South Africa and Botswana respectively.

The restaurants serves African dishes including Impala stew and guinea fowl pot and other local staples.

It is most popular with locals and tourists. They serve steaks, pizzas and cold beer.

The best place for breakfast. They serve hearty breakfast that includes vegetarian fare and coffee specialties.

It’s the best known in having the best espressos in the whole town. They also serve fruit smoothies, falafel and gourmet sandwiches.

Here you can get unique and genuine crafts to buy. The crafts bear an individual imprint and they normally capture the primary colors.

This is one beautiful shop that sells a range of carvings, shawls, sketches and other various African knick knacks.

It is small gallery and the best place for those who would like to buy arts, wooden masks, and African wildlife stuff.

This is the largest emporium that sells traditional souvenirs from around the country including pottery from Gabane and Thamaga and also weaving from Oodi.

The place is inside the Grand palm resort it normally does some cocktails, smoothies, and snacks. Weekend nights you can relax in the bar

The place is conveniently located on a mall and has pool tables for those who love outdoor activities.

This is a classy bar that is located in the Cresta lodge and is the best place to listen to live music most of the nights of the week.

This is the best place for nightlife and gets hot during weekends .

It’s located a few kilometers in the southern side of Gaborone and they have arts scene that showcases the Swatsana singing, and performances from the local community.

They offer Hollywood entertainment for about two hours daily between noon to 22.30hours.

These are public taxis that you can use a shared taxi which has designated routes and they are quicker.

This is special and private which takes you from your origin to the destination where you are going.

These are white vans and they do not have route maps but they have different line painted on the front.

It is possible to get to most of the cities using buses.

Gaborone happens to be the city of cars of Botswana and the traffic there is something you can manage except during the rush hours.

Travelling to Gaborone South Africa leaves your memories full of things to remember as this is one great experience you can have in Africa.