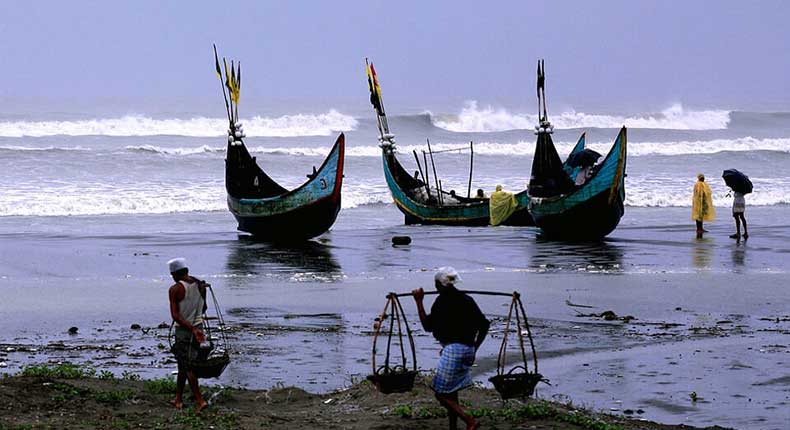 Bangladesh is one of the best places to be visited by tourist in the world. It is situated in southern part of Asia. It is mostly known to be surrounded by India and also bordering a place called Myanmar, situated in the south east. As a tourist, you will get a chance to enjoy this place because this is the place where you will find the longest sea beach in the whole world, mosques which are countless, world’s largest mangrove forest, tribal villages which are interesting and wild life. People in Bangladesh are friendly and more so hospitable. Another thing that you have to know is that in Bangladesh, garments which are ready-made, pharmaceuticals, textiles, building of ships and many others are the well-known largest industries. In terms of the gap between the poor and the rich is increasing.

In the side of climate of this area, it has a sub-tropical monsoon type of climate. In a year, there are six seasons and these are; winter, spring, summer, monsoon, autumn and lastly late autumn. Average temperature in the whole country usually ranges from 9 degree celcius – 29 degree celcius in the months of the winter and during the season of the summer, it ranges from 21 C – 34 C. Normal annual rainfall differs from 160cm -200cm in the western part, 200cm- 400cm in the south eastern part and 250cm-400cm in the north eastern part. Cyclones that are above three/four category are uncommon but it can still come with a disruption which is widespread, that is as expected to some of the things like, power outages and infrastructure majorly at the coastal areas.

Bangladesh are many for example historic mosques, monuments, beaches, wildlife and many others. While touring this place, you will get many opportunities like; water –skiing, hiking, surfing and many other things that are meant for fun and enjoyable to the tourists. Some of the well-known major tourist attractions include the following:

This is the longest uninterrupted sandy beach in the whole world which is natural.

This is well known to be the highest peak of the whole country.

This is the only coral island of Bangladesh.

This is referred to as the world heritage site of UNESCO. It is the largest mangrove forest on the earth.

This is the largest waterfall in the country of Bangladesh. This is also the best place for enjoying rafting on boats which are local.

It is the category of IUCN and it is a landscape which is V protected, also a tropical forest.

This is the best place for you to enjoy the real taste s of Dhaka. Apart from that there is also Haji biryani.-Al Razzak-This is also a restaurant that is famous because of its Shahi food.

Along Dhanmondi Samosjid road. Specialized to savory food which is local.

This area has got many restaurants specifically for Japanese, Indians and Koreans.

If you are fan of ice creams, this is the right place for you for it has got ice creams which are rated as world class.

In Dhanmondi best for you to taste Kebab. Another alternative place is Kolya, situated in Gulshan.

Deals mainly with clothing products which are famous like; Adidas, Nike and Levis

Has got lots of shopping malls which enables you to choose what you want to buy.

Most popular and also one of the largest outlet with stores of clothing and handicraft in Dhaka.

It has got also clothing and handicraft stores.

Deals with clothing and exporting of ready-made clothing materials.

Well-known also in dealing with handicraft and clothing materials.

Located in St Martin’s island. This is a suitable place for those people who like beer.

This is affordable and convenient way to get around. The fare depends on the time you book the flight as in the early you book the better you pay less fare. The three airlines that normally offer the flight services offer online booking and also the e-tickets.

Since the road networks are not bad, cars can also be used to get around. Speed limit is 25km per hour that is on all the roads that are found in the urban areas. Traffic lights are well installed in most of the roads. Apart from using the traffic lights, the traffic police also are present in most of the routes to direct the vehicles while they are on the roads in the urban areas. Overtaking is illegal. Street lights also are there hence the cities in this place are well lit.

With over 230 rivers which are small across the country, boats and ferries are also other means to be used to get around. There is a rocket steamer service which connects Dhaka and Khulna through Barisal.